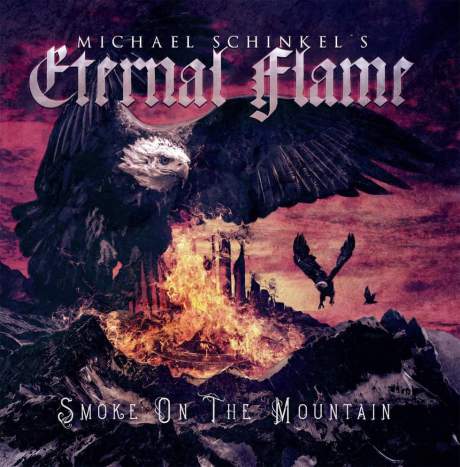 MICHAEL SCHINKEL’S ETERNAL FLAME, have signed a multi album deal with ROAR! Rock Of Angels Records. MICHAEL SCHINKEL’S ETERNAL FLAME third album ‘Smoke On The Mountain‘ includes 13 tracks, to be out on May 18th, 2018. The album is produced by Michael Schinkel & Helmut Kohlpaintner, co-produced by Timothy Touchton, mixed by Michael Schinkel and mastered by Christoph Stickel. 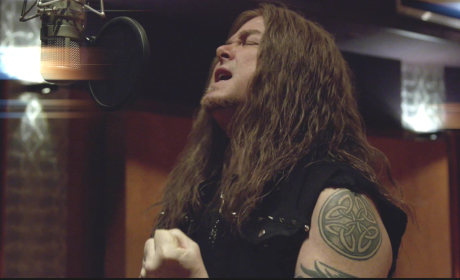 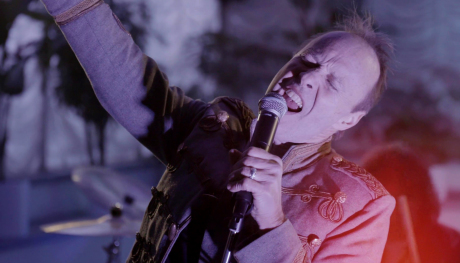 Timothy Touchton (known by lyrics such as “Go for Gold” Olympics in Seoul 1988, “Sail Away” Joe Cocker as well as 11 Top 40 and 3 top 5 hits), Carsten Lizard Schulz (Evidence One, Midnite Club, Domain) and Rainer Holzapfl did the lyrics. 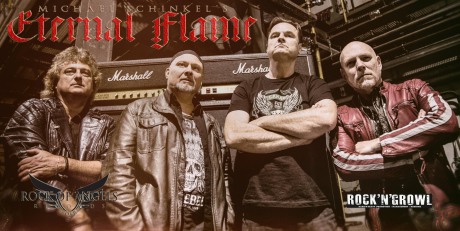 After the first two albums “Desire” (1998 – Point Music & Dreamchaser Records) and “King of the King” (2002 – MTM Music) it was the end of Eternal Flame. Michael Schinkel (singer and guitarist) and Helmut Kohlpaintner (keyboard player, bassist) decided to work as composers and producers for other musicians and bands and founded the company “enooma-media musicproduction” in Munich. Again and again they received calls, letters and e-mails from fans, with the request to produce a new Eternal Flame album. It then started in 2012. Helmut Kohlpaintner and Michael Schinkel discussed the project and quickly found partners for lyric writing such as Timothy Touchton (known by lyrics such as “Go for Gold” Olympics in Seoul 1988, “Sail Away” Joe Cocker as well as 11 Top 40 and 3 top 5 hits). The album was created by further guests such as Mark Boals (ex-Yngwie Malmsteen and Ring of Fire) and Göran Edman (ex-Yngwie Malmsteen & John Norum). Other musicians such as Thomas Keller (bass) and Robert Lipp (bass) from past Eternal Flame days as well as the drummer Michael Hencky also shared their know how.